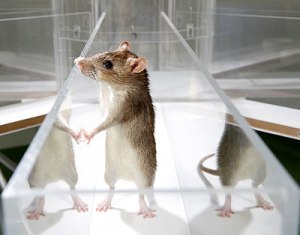 When I studied addiction in grad school, I was introduced to the work of Bruce Alexander, and it completely changed my understanding of the causes and treatment of this very common problem.

I read his excellent book “The Globalization of Addiction”, which is a long, but fascinating look at the problem. Alexander describes the Western disease of social alienation as the primary cause of addiction.

Although I still believe personal factors such as resilience and choice play a role, much of the power of addicting substances and experiences on our bodies and minds can be explained by social isolation, loneliness and lack of meaning, purpose or transcendence. And that is where the rat park comes into the story.

There was a famous study in which a rat was placed in a small cage with two water bottles. One dispensed plain water. In the other, the water was laced with cocaine. The rats rapidly began to abuse the drugged water. The message we were given about this study was that trying drugs leads inevitably to addiction.

Enter Bruce Alexander, a SFU psychology professor. He noticed the cage used in the experiment was small and bare, and wondered what would happen with different conditions.

Lo and behold, the rats who were offered the same choice, but also had other rats to play with and things to do in a rat “park” setting avoided the drugged water, and even those that had previously been heavy users quickly quit (95% of them).

The message? Those who overuse substances, who seem to be in the grip of an addiction, may not benefit from punishments and medical treatment. The answer may (at least partly) be love and connection and meaningful work.

If you would like to know more, I highly recommend this article. And, you can also read this comic book version of Rat Park.

Do you have any comments or questions? Let me know.